The 2018-2019 overhaul of Baker St, Park St and Gloucester Ave saw the introduction of a major new 2-way traffic scheme, in a bid to reduce the dominance of traffic in this part of Central London.
The proposals sought to return Marylebone to how it was originally intended; as a place for people.
As part of the wider improvements to the area, wider footways have been introduced along Baker Street and at Dorset Square, alongside reduced street clutter and improved street lighting where it is most needed and has introduced more trees.
Liaising with FM Conway & WSP Street Tree Ltd installed 30 new semi mature Plane trees, a species well suited to the scale and conditions at the site.
A major challenge was the tight deadline for the opening and accommodating the trees in a heavily congested footway. Although early in the life of this scheme the benefits of green infrastructure are being felt. 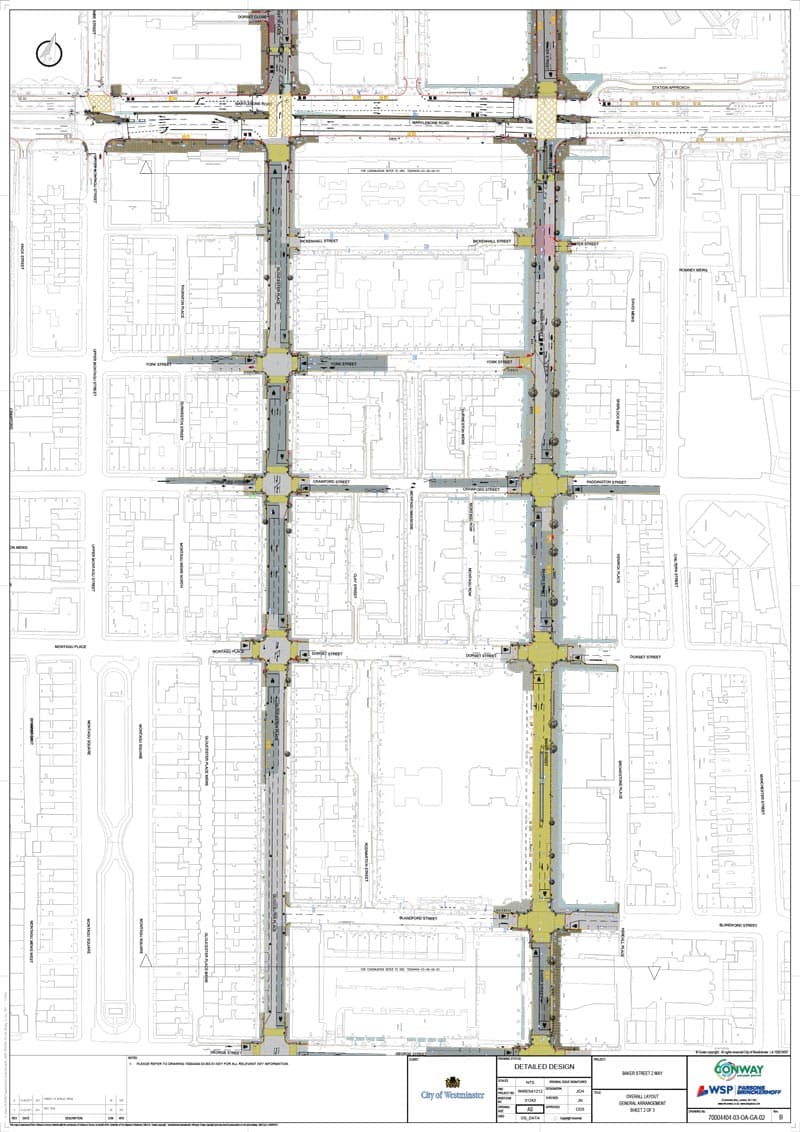 To talk to Street Tree Ltd about how we can assist you with your project then call: